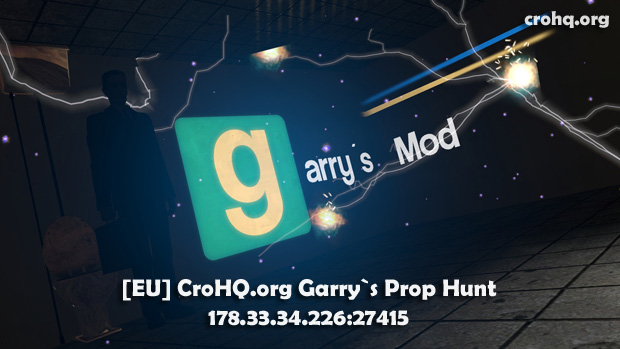 Beside our 7 games in which we have more than 12 servers we decided to add one more game and one more server to our list.

Today it’s about the popular game called Garry’s Mod which was created on Source Engine and which is being played by a lot of players judging on steam stats page.

On our server we installed the “Prop Hunt” mod which all players of that game probably know. For those who don’t know, it is Hide And Seek where there are 2 teams from which one has 30 seconds to hide while the other team searches for them.

Teams of course change sides on half time so everybody has a chance to hide and to seek their opponents. The mod is quite interesting and fun and is pretty standard in this game.

During testing 15 people gathered so 24 slot server is going to have enough space for everyone.

Admin server will be our Bosanac so all questions you might have send to him or express them on our forum.